If the wheels of justice move slowly, it is a comparative Ferrari when it comes to the glacial pace of increasing female partner numbers, writes Shaaron Dalton

The more things change, the more they stay the same…

Despite law firms publicly committing to promoting greater numbers of female partners, the reality is that the make-up of law firm partnerships is still overwhelmingly male. 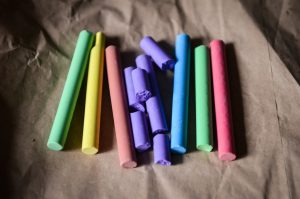 This year’s Australian Partnership Survey, conducted in conjunction with ECP Legal, has shown that just under 34 per cent of all new partners of surveyed firms in the first six months of 2017 were female. Such a number is a very little increase on January to June 2012 (30.5%), and is indeed a decrease (34.4%) on the first six months last year.

This realisation that not much is changing comes at a time when corporate and government clients locally and internationally have begun introducing diversity quotas for the procurement of legal services.

Law firms realise it makes business sense to be seen as gender diverse. Managing partners and CEO’s are signalling their commitment to promoting females through the ranks. Wayne Spanner of Norton Rose Fulbright is proud that his firm has achieved 27% female partnerships, up from 21.5% five years ago. He was also the first law firm CEO to become an ambassador for Workplace Gender Equality.  Allens has signed the Diversity Charter of the Law Council of Australia, as has Colin Biggers & Paisley.

The slow rate of increasing female partner numbers is not due to a lack of female talent. Despite the average female partner headcount from this year’s Survey being 23.6%, it is a long way down on the 60% figure of females brought in at graduate level.

The three largest firms surveyed (with over 150 partners) HWL Ebsworth, Clayton Utz and King & Wood Mallesons all showed an upward trend in proportion of female partnerships over the past 12 months.

However, when you look at equity partner numbers, the situation is even more dire. Only 18.3 % of equity partners from surveyed firms are women. The glass half-full perspective would argue that this is an increase from 12 months ago (17.8%). However, given the stated commitment and aspirational targets of law firm leaders to have much higher levels of female partners, such few female owners of law firms show that such policies are not being enacted in any meaningful way.

Although the question was not asked in the survey this year, men are not taking up opportunities to work flexibly or part-time in any numbers. The gender balance of part-timers in law firms overwhelmingly female, including at partner level.

From over 20 years interviewing senior women in the profession, I can attest that there are certainly some very talented women who suffer partnership track set-backs during their maternity and early child rearing years.  Some of these extremely capable women leave private practice as a result. Worryingly, many I have met tell me they chose to step off partnership track at an early stage and either stay in a less demanding role in practice, or to leave private practice for the greater flexibility offered in-house. Often for women the choices they make is for a sustainable role in the workforce to accommodate family obligations.

Most capable senior women continue to bill successfully when they return from maternity leave, often coping with a similar workload on a nominally ‘shorter’ week.  The additional demands of appearance time for non-billable work, global client obligations requiring round the clock availability and the added stressor of taking a large chunk of work home puts pressure on the professional and personal lives of many female lawyers.

Men have often confided similar concerns during interview, regretting failed marriages due work taking precedence or being concerned at feeling pressure to drop community, family or sporting commitments, or find themselves sidelined in a competitive environment.

Client concerns and the hip pocket nerve tend to be the catalyst for change in law firms. I expect the pressures of client demand for diversity will force a reworking of the partnership model to better accommodate competing requirements like family and community through part-time and flexible working practices.

Such a rethink can only benefit both male and female partners, and clients and the profession as a whole.

Shaaron Dalton is a partner with ECP Legal.